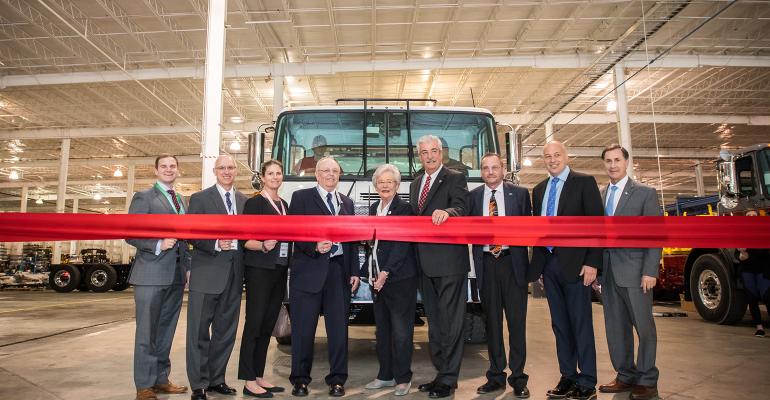 I had an awesome tour at the new Autocar's Alabama Plant. 120 million dollar plant.

I would like to say I really love Autocar. I stopped by and they gave me a tour of their factory and I have to say I was completely impressed. One of the things I love about Autocar is how they are set up to do mass customization to their chassis to accommodate the Concrete Pumping Industry. They ask all the right questions and understand the markets needs and trends.

The plant is located in a 1 million sq. ft. complex in both Center Point and Birmingham, AL and is expected to create 746 jobs. Autocar said it has hired more than a third of that amount already and is recruiting additional team members across production, engineering, and management roles.

Autocar noted it expects to invest $120 million in the Jefferson County plant, where its severe-duty ACX cab-over-engine truck model is built. In related news, the company also announced it will be the first truck manufacturer to offer Cummins' X12 12L diesel engine in the ACX and will begin taking those orders in June.

"Autocar already has a significant impact on Jefferson County and will continue to do so with this new manufacturing plant," said Gov. Ivey. "Autocar, and its expansion because of its success, is a fantastic representation of our commitment to help businesses not just survive but thrive."