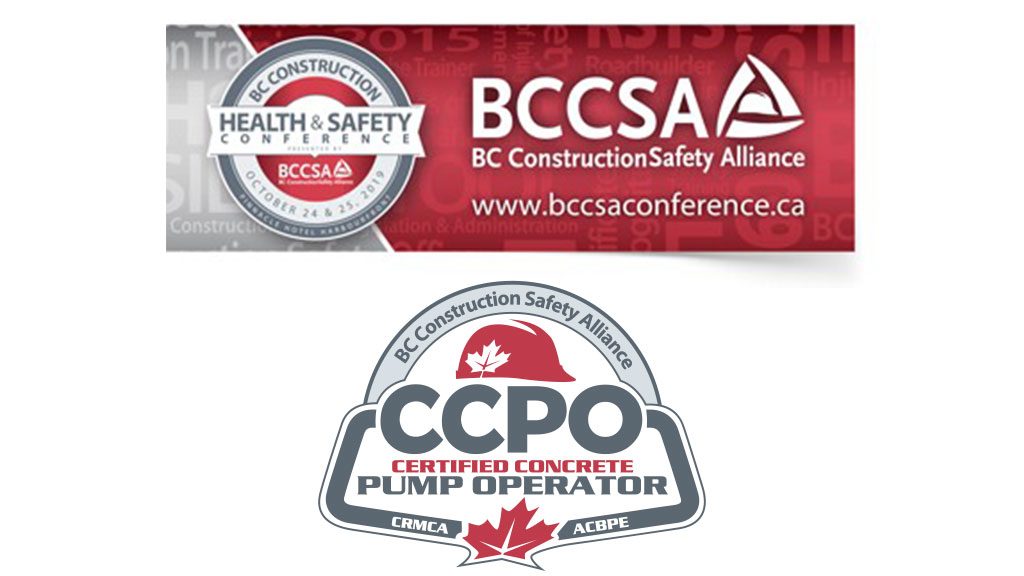 The new Certified Concrete Pump Operator (CCPO) proficiency certification is now being offered by the BC Construction Safety Alliance (BCCSA) — the first certification of its kind in North America. While the program is being delivered through BCCSA, its creation was part of a vigorous collaboration with the Alliance, Concrete BC, industry stakeholders and WorkSafeBC.

The need for formal certification was identified long ago by the BC concrete pumping industry itself. While Concrete BC had developed safety training programs and manuals in the past, technology was evolving dramatically.

“Concrete is being pumped higher and massive tower-placing booms are becoming commonplace,” says Charles Kelly, project manager for the CCPO program and former president of Concrete BC. “Truck-mounted pumps are reaching as high as 62 metres with boom reaches of 200 feet and concrete is being pumped at weapons-grade pressures. But the status quo is that anyone with a Class 3 driver’s license can lease and operate any size pump without any training required.”

Concrete pump operators aren’t generally injured or killed while operating the equipment. As several high-profile incidents demonstrate, personnel at greater risk include ready-mix drivers, spotters, concrete placers and finishers, and any tradespeople in the vicinity threatened by concrete feed pipes that can burst under pressure, or pump units that can tip over.

“The concrete industry approached the board of Concrete BC and asked for a new competency standard,” says Kelly. “That resulted in a consensus between the industry associations with which we work to move forward.”

Kelly first approached WorkSafe BC, which supported the creation of a voluntary standard.

“We asked Charles what sort of industry support he had,” says Dale Walker, vice-president, employer, industry and worker services at WorkSafeBC. “It’s WorkSafeBC’s view and my personal view that industry-led health and safety initiatives are always more effective than those forced upon industry and they become more sustainable when industry sees the benefits that accrue from them. We asked him whether they’d talked with the BCCSA, which has a tremendous number of safety-oriented employers on its board of directors.”

Once approached, BCCSA’s executive director Mike McKenna was quick to take up the challenge of assisting the industry to develop a new competency standard.

“Safety associations need to focus on creating products that industry values first, and we saw that in the CCPO project,” says McKenna. “That guides us to focus our resources on what’s going to keep workers safer.”

Among its resources, the BCCSA offers representation from members working throughout the industry, and a professional staff fully versed in deep research initiatives. It also possesses financial resources through its research development and opportunity program, where profits from other Alliance projects are directed.

“We wanted to do this right, and that’s why we wanted to build this certification to the highest standard that exists,” says McKenna. “That standard is ISO 17024, which requires a third party to audit the program.”

Kelly notes that the project sought to find the best available proficiency standards and then work with subject matter experts and industry stakeholders to update the material to current standards. The development of the program was co-managed by Concrete BC and BCCSA.

“The result was the CCPO certification, a set of written and practical examinations that would form a credible demonstration of competency for the first time in North America,” says Kelly.

Since its September 12 launch, CCPO certification has already generated interest from other Canadian jurisdictions and concrete associations across Canada.

“This training standard is not only supported by the BCCSA, by the concrete industry and by WorkSafeBC, it’s vetted by a third party who says there’s nothing more we could have done to ensure that this is the right approach,” says McKenna. “We believe that this underpinning gives this certification the credentials to become a national standard and move the needle forward for the health and safety of North American workers.”

This content is an Industry Special by BCCSA in collaboration with ConstructConnect® Media. To learn more about BCCSA, visit www.bccsa.ca.