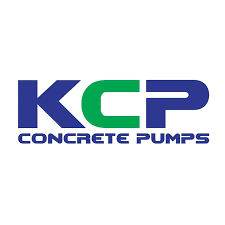 KCP Heavy Industries Co. Ltd. manufacturer of Concrete Pumps found liable and ordered to pay 15.5 million. A Korean multinational construction company with headquarters in Langley, B.C., has been found liable for a major workplace accident claim after not defending itself. A B.C. Supreme Court has awarded a man more than $15 million after a concrete pouring accident left the construction worker with a catastrophic spinal injury. In 2016, Gerson Alvarado had a promising life ahead of him. The 26-year-old had just been promoted foreman with PSI Concrete Pumping (‘PSI’), wrote Justice Michael Tammen in a recent decision. “Alvarado was physically active, and regularly playing soccer in a men’s league,” wrote the justice. “He and his spouse enjoyed various physical activities together. They were planning to have a family.” But on March 11, 2016, the Chilliwack-based construction worker’s life changed forever. Alvarado was supervising his crew as it poured concrete for a parking structure. They were using a large boom that extended from a 12-wheeled concrete truck, stabilized by four outrigger legs. Without warning, one of the legs collapsed, causing the truck to cantilever and the boom to drop onto another worker, killing him. Alvarado survived but suffered a “catastrophic” spinal injury that paralyzed the man, the justice explained. KCP Heavy Industries Co. Ltd. was named the sole defendant in the decision. The company had previously been found liable by default after KCP — a Korean company with headquarters in Langley — did not file a response to the civil claim. The claim had been discontinued against two other defendants, according to the Sept. 16 ruling. Alvardo had seven fractured vertebrae, damaged lungs, lacerated organs, a broken femur, torn ligaments and a torn carotid artery, among other injuries. He lost nine pints of blood while being air transferred to the hospital from Chilliwack. “Every aspect of Mr. Alvarado’s daily life has been adversely impacted by his injuries,” noted the justice. “He now endures almost constant chronic pain, as well as episodic acute pain. Once routine things such as bathing, getting dressed, and bowel movements have become time-consuming daily chores.” Since the accident, his wife conceived a daughter through in vitro methods. But Alvarado’s poor mental and physical health has impaired many of the joys of parenthood, noted Tammen. Alvarado attempted to return to work as a dispatcher for PSI despite his injuries. However, “he was unable to continue, despite the efforts of the employer to accommodate his disability,” ruled Tammen. “I am satisfied that his inability to make that successful transition to office work was not for lack of effort on the part of either Mr. Alvarado or the employer.” Alvardo later tried to start a home business but failed to succeed due to his injuries, according to the court ruling. The judge was tasked to assess his lifelong damages. He noted Alvarado’s position would have warranted $130,000 annually. Alvarado was awarded a total of $15.45 million, including $9.67 million for the cost of future care, $3.13 million for lost future wages, and $1.14 million for out-of-pocket health care costs. He was also granted $300,000 for loss of housekeeping capacity, $500,000 for loss of past wages, and $400,000 for non-pecuniary damages. To what extent KCP Heavy Industries Co. Ltd. can pay the damages is unclear.