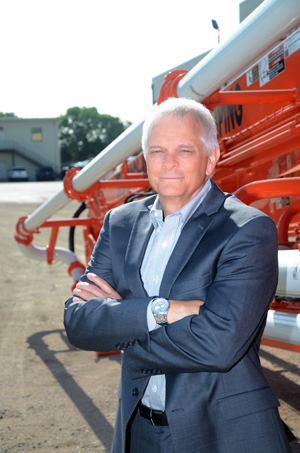 Industria is acquiring the stake from majority shareholder Peninsula Pacific, a Los Angeles-based consumer and industrial investor, alongside select members of CPH management and the company’s former manager shareholders, according to a news release.

Upon close of the deal, CPH and Industria will become wholly owned subsidiaries of Concrete Pumping Holdings Inc., a newly formed holding company, and will be listed on the Nasdaq Capital Market. CPH’s equity holders will continue to own minority equity stakes in the public company.

The deal values the newly public CPH at an enterprise value of $696 million, the release said.

Concrete pumping is a method of concrete placement in which operators position a truck-mounted boom for delivery when direct pouring isn’t feasible.

CPH operates two brands of concrete pumping—Brundage-Bone in the U.S. and Camfaud in the U. K.—as well as Eco-Pan, a provider of environmental waste management to the concrete industry in the U.S.